Realized I never shared my spoils from my trip last month to the Hobart Book Village. Also…thinking it would make for a fun ongoing topic here to share your latest batch of bookstore acquisitions!

Similar to Share a cover — books you're reading, but rather than current / on-deck reads, show us your latest finds…which almost by definition will be books in your antilibrary, so no need to share more than title + anything about the book that caught your eye.

Here are the ones I picked up from Hobart last month (I bought books from 3 of the 5 stores in the book village — Adams, Liberty Rock, and Blenheim Hill!)

Please share any of your own recent book finds below

I’m excited to have picked up a couple cool ones on poetics / experimental writing, and some that explore the musicality of language and oral tradition. “The Single Vest Idea Ever” looks like a very fun anthology about Darwin’s theory of evolution. And “The Lifetime Reading Plan” reminded me a lot of curating my own reading lists and antilibrary. Lots of fun finds; definitely suggest checking out the Hobart Book Village if you’re ever in the area or looking for a fun weekend trip!

A few I picked up last weekend from Press Play, a cool art / music / publishing fair in Brooklyn:

The one in the middle is from Siglio Press, the other two from Litmus Press…both great indie publishing companies with excellent names!

My last visit to a bookstore was on March 14th of this year, not long before brick and mortar retail in Virginia ground to a halt. I had been trying to visit this particular bookstore for a while but their hours and my hours never would seem to line up. It is curious in hindsight then, to note that my efforts to visit Black Swan Books in Staunton, Virginia finally paid off just as the gravity of the black swan that is COVID was emerging in Virginia. I don’t know how the store is surviving the pandemic, but their website indicates that all their inventory is available for purchase through the website.

Although I went in looking for books by Bergson, Deleuze, and Tarkovsky, I was not disappointed by the consolation prizes I found in their stead. 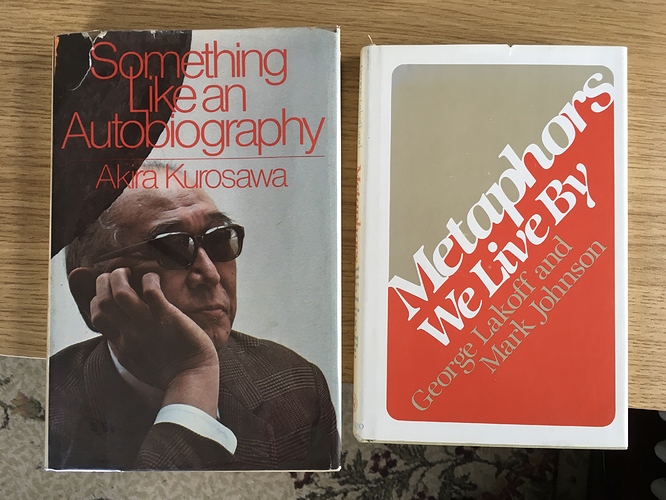 While I love the title of Kurosaway’s memoir, I was amused to learn the original title was “Gama No Abura” (Toad Oil; a traditional Japanese ointment for medical purposes), and that the book was originally published serially. This book remains solidly on the shelf of my physical antilibrary for the time being (right between Kandkinsky’s “Point and Line to Plane” and Henri Cartier-Bresson’s “Line by Line”).

Metaphors We Live By has been bouncing on and off the shelf of my antilibrary, competing as it is with the Quixote, several Borges collections, Gogol’s Diary of a Madman, and Peter Levine’s In an Unspoken Voice. I have been hearing about this book for a while and have been increasingly aware over the past few years (and even more pointedly over the past few months) of the power of metaphor as a resource for healing and transformation. This book arose in large part from the work of Edward Sapir and Benjamin Lee Whorf, whose “Language, Thought, and Reality” is a personal (as yet half read) favorite.

In the first chapter the authors point out the way war is used as a metaphor for argument in our culture, listing a number of linguistic examples (“Your claims are indefensible; He attached every weak point in my argument; His criticisms were right on target; I demolished his argument, I’ve never won an argument with him; You disagree? Okay, shoot!; If you use that strategy, he’ll wipe you out; He shot down all of my arguments”). Then they pose the question of what our experience of argument might be like if it were grounded in the metaphor of dance instead of war. Of course, it would be unrecognizable as argument in our culture; such is the depth and impact of this metaphor. But the tradition of debate in Tibetan Buddhism immediately came to my mind.

Nice! I knew I’d come across Point and Line to Plane recently, and just remembered someone shared at an Antilibraries book brunch a few months back

“Books about lines” is a fun antilibrary shelf.

Peter Levine’s In an Unspoken Voice

Ah this one looks very interesting too, thanks.

I have not been keeping up with this topic at all but I believe my last physical bookstore purchase was:

Here’s an awesome one that’s one of the last books I bought at a store in the weeks before lockdown: When works such as “Finnegans Wake” and “Tender Buttons” were first introduced, they went so far beyond prevailing linguistic standards that they were widely considered "unreadable, " if not scandalous. Jed Rasula and Steve McCaffery take these and other examples of twentieth-century avant-garde writing as the starting point for a collection of writings that demonstrates a continuum of creati…

Or I think around the same time, picked up this John Cage collection which looks fascinating: 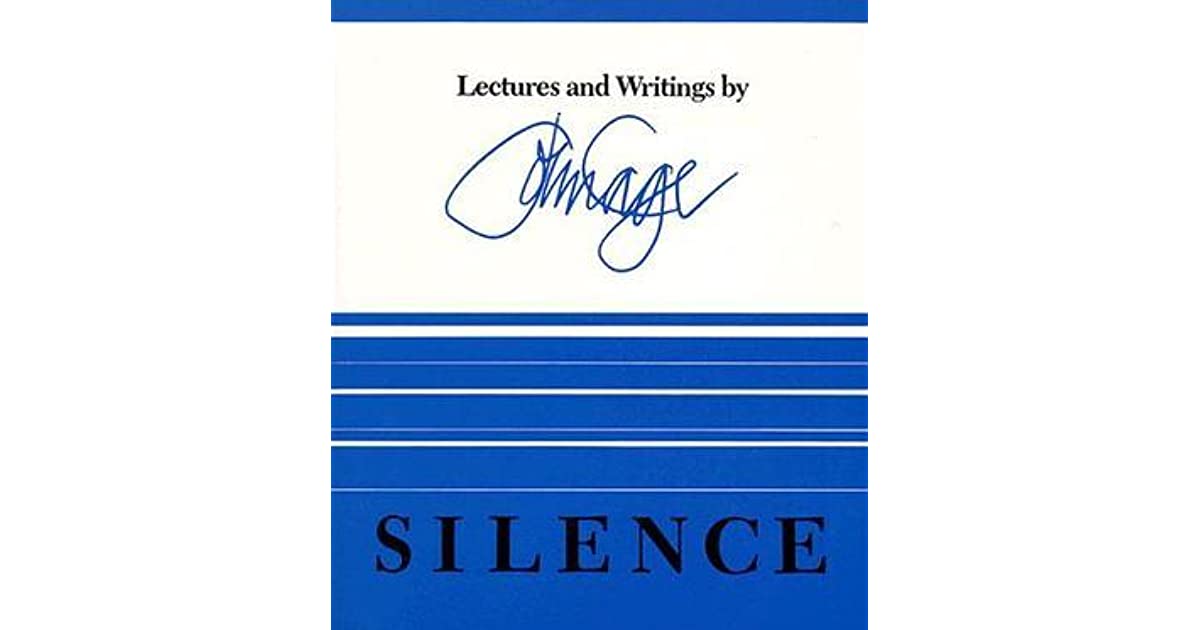 Silence, A Year from Monday, M, Empty Words and X (in this order) form the five parts of a series of books in which Cage tries, as he say...