Continuing the discussion from The Hero’s Journey:

Learning about Kishōtenketsu this in James Yu’s excellent newsletter (see here) and wanted to continue the discussion around the classic “hero’s journey” narrative structure as this offers a very interesting alternative! 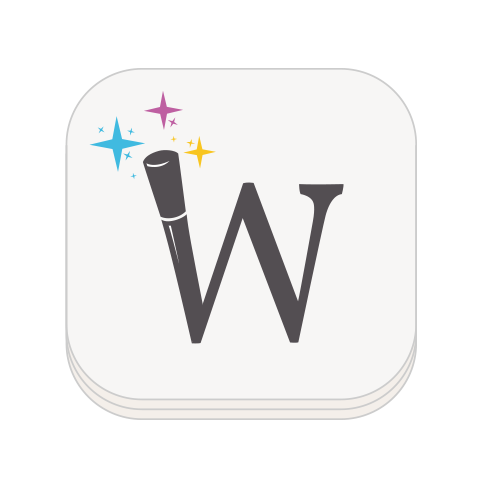 Kishōtenketsu describes the structure and development of classic Chinese, Korean and Japanese narratives. It was originally used in Chinese poetry as a four-line composition, such as Qijue, and is also referred to as kishōtengō . The first Chinese...

Kishōtenketsu (起承転結) describes the structure and development of classic Chinese, Korean and Japanese narratives. It was originally used in Chinese poetry as a four-line composition, such as Qijue, and is also referred to as kishōtengō (起承転合). The first Chinese character refers to the introduction or kiku (起句), the next: development, shōku (承句), the third: twist, tenku (転句), and the last character indicates conclusion or kekku (結句). 句 is the phrase (句, ku ), and gō (合) means “meeting point of introduction 起 and twist 転” for conclusion. It is called giseungjeongyeol (Hangul: 기승전결; Hanja: 起承轉結) in Korean.

Instead of direct conflict at the center, it’s all about a twist, and a conclusion that doesn’t have to follow a straight line.

Structures like this intrigues me because it breaks us out of a (possibly) stale mode of thinking. The Hero’s Journey goes beyond fiction and seeps into all parts of life: from startup pitches to how we sum up a hard day to our spouse. Could a different fictional structure change the power structures of the real world?

In this vein, I’ve been enjoying reading the manga The Walking Man, which is, as you guessed, all about a man that walks across Japan. It’s a salve for conflict driven narratives. The man walks. He finds objects. Pets a dog. There are complications. But he doesn’t wind himself into knots trying to fix them. Sometimes they fix themselves. Sometimes they don’t. Unexpected things happen.

So — less arc; more twist! Complication, rather than explicit conflict.

This is a fun thing to think about! I got my parents to teach me a few 4 line Chinese poems and I can attest the structure is very effective.

I do feel like we have this structure in the English speaking world too. A good example is a comic strip–oftentimes 4 panels that follow exactly this same structure. I’m reading How to Read Nancy right now, which breaks down a single strip of Nancy in excruciating detail and they talk about this. The strip they analyze actually has only 3 panels: Panels 1&2 introduce and develop the story, and there’s a twist in Panel 3. But they also take care to note that there’s an implied panel 4 which the reader fills in, in their mind, which completes the story. (Anyone else read this book?? It’s super fun.)

The “twist” also reminds me of some forms of poetry, like the last couplet of a sonnet or even the 3rd+4th lines of a limerick.

So maybe the Kishotenketsu structure is more universal and in English it’s just more prevalent in briefer forms of storytelling?

What is beautiful I think about the 4-act structure of Kishōtenketsu is the multiscalar nature of the writing technique. One can apply the structure on the level of sentences, paragraphs, or even entire stories. There is something deeply satisfying in this flexibility, and I think that this is very much what makes a storytelling technique like that of the Hero’s Journey to “seep into all parts of life”

Another structure which continues to fascinate me is that of the Chiasmus. If Kishōtenketsu acts to “twist” a story, the chiastic structure acts to “reflect” it. Much in the way that a palindrome is written the same backwards as it is forwards, here the concepts or ideas are reflected. And similarly, chiastic structures can be applied at any scale, from a single sentence, to an entire novel series. There’s an entire book written on how the Harry Potter series uses this technique called Harry Potter as Ring Composition and Ring Cycle

Something which I just stumbled upon recently was an article about how the structure of Kishōtenketsu was a core level design philosophy behind Mario. First introduce a new game mechanic in a safe space and build up to the “ten”, the twist where it is used in an entirely new situation. Game Maker’s Toolkit has a great video illustrating the concept:

What is beautiful I think about the 4-act structure of Kishōtenketsu is the multiscalar nature of the writing technique. One can apply the structure on the level of sentences, paragraphs, or even entire stories.

Such a good point! Trying to list out what techniques / structures are best (or worst) suited to multiscalar use would be a fun exercise. Chiasmus is a great example, I haven’t really thought much about reversal or reflection on that sort of larger scale.

Haha I complained earlier on Twitter about palindromes as a not-generative-enough poetic constraint, and Azlen replied with the great example of chiasmus and its slightly more constrained subtype antimetabole; after which I mentioned an awesome book I picked up, so I’ll share it here too!

“Table of Forms” is an awesome listing of these sorts of constraints. Like a matrix of more obscure variations on the most common constraints, charting the nature of the constraint + the scale on which it applies (from letter to word to sentence — though some could potentially apply at larger scales too!)

Another example: I just started Metamagical Themas and the first few chapters are about self-reflective / self-referential writing; most of the examples are sentences, but this is another device that seems potentially multiscalar. One cool example was how a sentence, or an entire belief system, can be in a sense self-propagating.

Application to video game mechanics is a great reference too, thanks for the link! Very interesting video, particularly how it describes managing the player’s emotional / participatory trajectory so you stay engaged, don’t get too frustrated, etc.